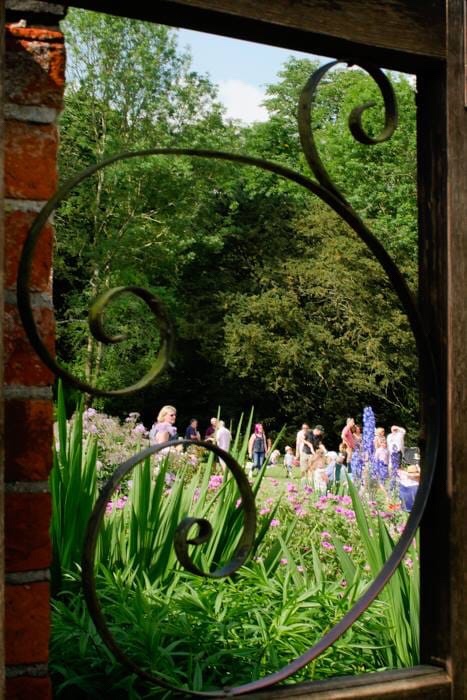 So basically I was so totally relaxed this Sunday I forgot to write anything. I did have a very busy weekend planned but on the back of a stressful week I decided to clear out and give some time back to me. Yes doesn’t that sound so self indulgent and very of the time, but sometimes there is something in this advice. In the words of Audre Lorde ‘Caring for myself is not self-indulgence, it is self preservation and that is an act of political warfare’.

So Sunday morning I booked myself into a Kundalini Yoga class in Venice on the back of several varying recommendations as to why. Kundalini Yoga is a historical practice that goes back into the times of BC. Historical information suggests it was a science of energy and spiritual philosophy before it later become a physical practice. Having read up on the various teachers at the RA MA institute that I visited this linked well as the instructors include people from many backgrounds; musicians to military personnel.

The session itself was for me a spectacle of beauty before we even started. The room was adorned with prayer flags and multiple crystals placed abundantly around. Not just a sea of yoga mats, the attendees of this class favour a soft sheepskin and colorful adorned pillows for their practice. The class attendees themselves favored white in their dress code, I couldn’t help feeling I was in a room full of angels and when our instructor began the class I thought, I’ve found my church.

Similar to a church ceremony we had singing, chanting and even the equivalent of a sermon. The sermon was at the start of the class. There was no preaching, it was a sharing of ideas on how we can create more positivity in ourselves and the world around us. The ideas were thought provoking rather than telling. We then progressed to singing and somehow the room was all in tune; it was both a powerful sound and a powerful feeling. I love to sing and I felt super comfortable joining straight in, despite what the man next to me may have thought.

What was unexpected was the focus on breathing, especially a breathing exercise known as the breath of fire, which ultimately is deep, fast breathing. Doing it for the first time awakens a realization of our lack of breathing in daily life; in turn it leaves you feeling a little spacey and zoned out. Our teacher shared an interesting fact about our blood and oxygen. Ultimately our blood should contain 30% oxygen yet often it won’t, this leaves us tired and seeking the likes of caffeine. The breath of fire as a breathing exercise helps RE-oxygenate the blood and in turn gives energy. It can calm, revive, strengthen and help detox. I have no idea how but apparently the cat cow pose also helps with wrinkles?! Go figure. We progressed to conduct our breath of fire whilst moving through a series of moves that target the core and seek to awaken the nervous system from the energy held at the base of the spine.

The session came to a close with more group singing which was fabulous. I then left at the time thinking I hadn’t had that much of a work out. How wrong was i!? Today movement is a challenge and my entire upper body aches. That combined with the fact that my gluteus maximus and hamstrings were already broken from a gym session means that watching me move today is like watching a seal move along a rock face, only slightly less graceful and slower. Similar grunting noises probably exist.

So despite today’s broken body, yesterday, post Yoga session, I was chilled, invigorated and wondering what wonders the world may hold, having been swept up in the gold and green swirling mists of my heart Chakra (I see why you might laugh at that but it was actually kind of trippy and cool if you can get down with it!).

Last week I also celebrated ageing by one minute, or maybe you could say a second or even a nano second (these words take me back to when I went on the actual set of Big Bang Theory – god I love a geek! Yes Man that includes you). Anyway again I digress, but at 12.01am on 21st June I became a year younger, since I’ve decided with age I shall regress. Until some point when I shall stop and then age again for a while before going back again. I should like to remain between 30 and …… whatever one year back from now is.

So happy minutes one and all. You’re all still beautiful whatever you biological or mental age.

Picture of the day is a delightful piece of English calm and serenity from my beautiful friend Miss Sarah Li – discover more of her amazing work at http://www.fazedpictures.com which will take you on wonderous and eye opening adventures far beyond the English shores off into vibrant India and Thailand and back off to edgy Berlin.

I didn’t ask permission Sarah I just stole this from a message you sent me! Forgive me x