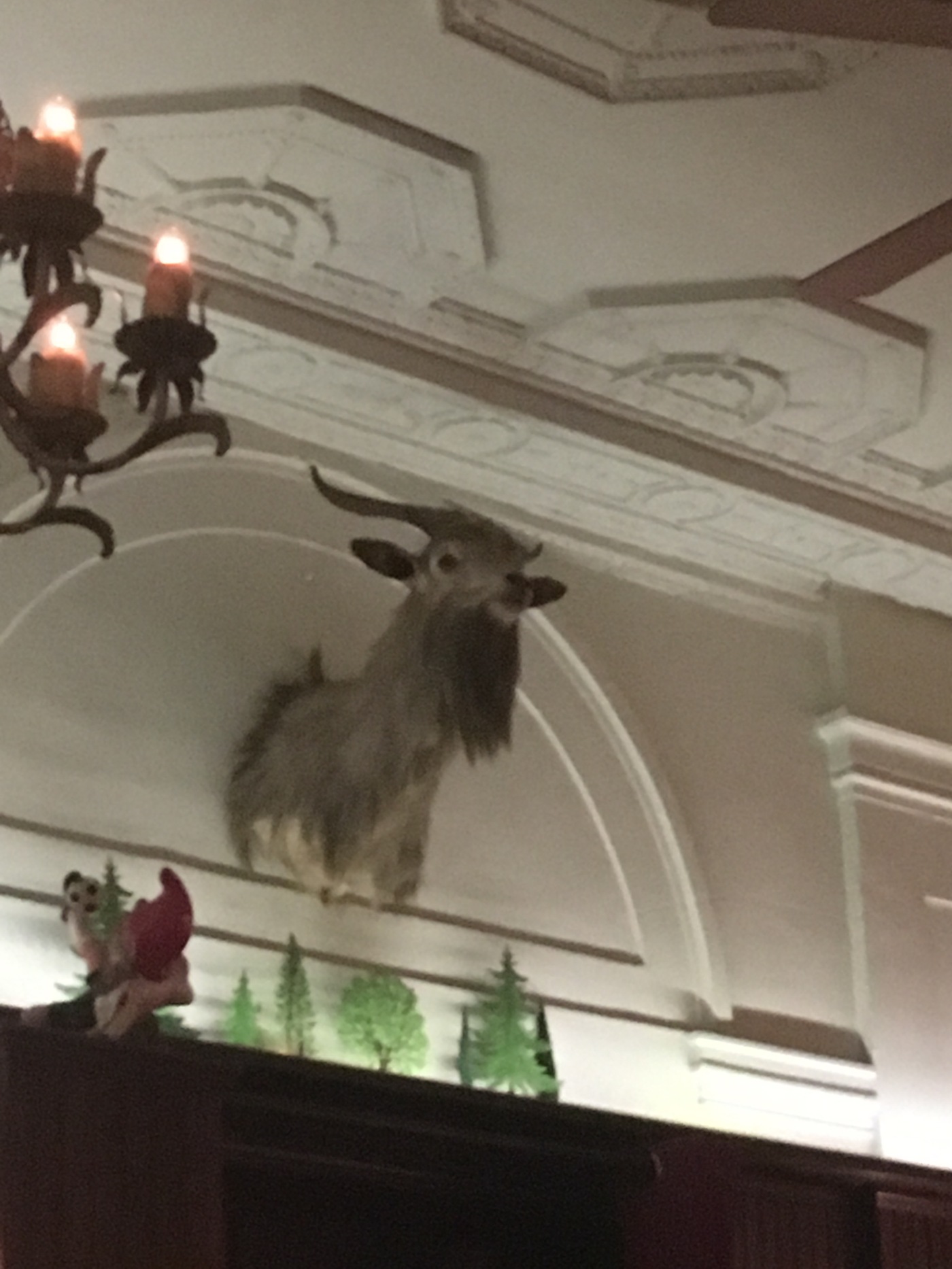 The title sums up this blog piece because largely I am so tired I fear I have nothing to say. Conscious I seem to be permanently tired – note to self. Stop talking about it. No one wants to hear it!

I have returned from a week in Brooklyn with work. I didn’t really take any snaps since I was actually very busy and as often is the case with work travel, I spent the entire time in our hotel in meetings or out for meals in the evening but sure as heck not sight seeing.

The bearded wall hanging goat in the picture did impress me though! Taken at a rather wonderful restaurant in Brooklyn called Berlyn. And yes I have spelt that correctly and yes it does serve German food too. I had a somewhat delicious schnitzel followed by some highly inappropriate for a dairy allergy sufferer, strudel.  This munching was made somewhat more inappropriate as it was actually a birthday strudel for my senior boss’s birthday. However, he made the mistake of putting his fork down, which I took quite literally to mean he was finished and I duly cleared the plate. He then said I’ll have one more bite only to discover this was no longer a possibility. I like to think this was only done to wind me up of course?! In any event Berlyn is highly recommended to all for its food and good cocktails to boot.

Having returned to my home in LA at around 3am this morning it is fair to say that I am tired. I had hoped for a surf fest this weekend but having woke early and felt it sensible to hit the gym followed by a rather unexpected 5 mile run with a friend, I find myself now lay out on the sofa in my PJ’s at 4pm wondering whether I will ever move again.

Volunteers to come and pamper me and tend to my every need are sadly low (more like non existent) in numbers. Yet one wonderful colleague who themselves is fed up of the ‘luxury’ of eating out all the time whilst traveling with work has volunteered to cook a steak tonight – so that’s fandabbydosy by me!!